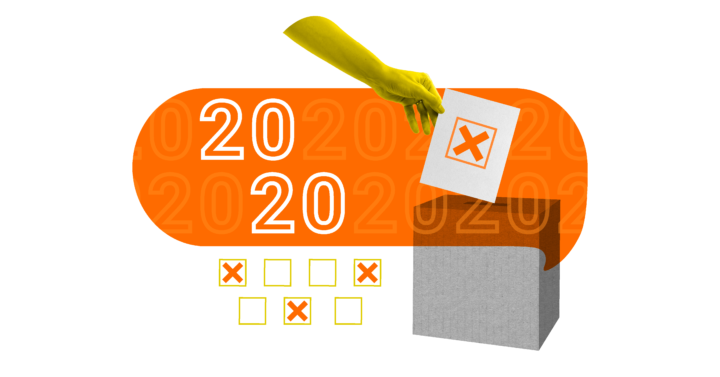 Let’s break down the 2020 Electoral Code of Puerto Rico, and how it could affect the General Elections.

This explainer is part of Papeleta Report. Papeleta is the Spanish word for a ballot and Papeleta Report is a series that informs people in and outside of Puerto Rico about the events and important details surrounding the next general elections in the archipelago.

Despite not having opposing parties, civil organizations, and citizen support, on June 20, 2020, Governor Wanda Vázquez (PNP) signed said project into the 2020 Law 58, making way for a new version of Puerto Rico’s Electoral Code.

The establishment of this law happened in a nearly expedited way, after just one public hearing and a few amendments on behalf of the Governor specifically focused on eliminating the Online Vote. However, the new law fundamentally changes Puerto Rico’s democratic processes.

What’s in the New Code and How Could It Affect This Year’s Elections?

The Electoral Code is what regulates the Electoral State Commission (CEE according to its Spanish acronym), this body in charge of carrying out electoral processes, as well as, guarantee the right and accessibility to vote in Puerto Rico.

Furthermore, the law establishes how the CEE is both organized and managed, the language used in ballots, the last date for registration, and how to vote.

Just five months before the general election, the 2020 Law 58 has changed the electoral panorama. Among the new rules are:

How Does the New Version of the Electoral Code Affect How We Vote?

The most significant administrative changes rely on the number of straight-party votes each party receives during the November 3 elections.

Straight Party Voting consists of making a single marking within the blank rectangle beneath the preferred party’s emblem. With this one mark, your vote will be awarded to all candidates beneath the checked column below the chosen emblem. This includes a vote for the District Representative, two (2) District Senator candidates, the at-large chosen Representative in the fourth (4) position on the column, and the at-large Senator in the tenth (10) position.

The ballot would be voided if the voter makes any additional marks on the document or outside of the rectangle below their chosen party’s emblem.

The State Majority Party will have the power to propose the names of those who will be designated to the most important positions within the CEE. Additionally, by controlling the Board of Directors for the different committees and councils within the CEE, the State Majority Party would have the power to lead the electoral body’s administration, giving them power over electoral funds and how these are used.

Under the new version of the Code, to be certified as a “State Party,” the party must receive over 2% but below 25% of valid straight-party votes on the State ballot.

“The new goal for parties to be active Governor candidates is to reach 2% of all straight-party votes instead of 3% of all valid Governor votes,” said Gov. Vázquez Garced in a press release.

Advantages for Parties in Power

Legal experts state that these changes could present a threat to the power balance within the CEE.

“Changing to straight-party voting could cause problems because it redefines what being a majority party is,” said Mayte Bayolo-Alonso, a lawyer for the American Civil Liberties Union (ACLU).

“[These changes to the Code] eliminate the participation of other parties in administrative matters,” she explained to 9 Millones.

These changes were made “without consensus in a time where there is a plurality of new parties and movements,” explained José Lamas Rivera, the Commission of Civil Rights Director at the College of Puerto Rican Lawyers.

“The power and control over CEE institutions will lie in the hands of just one party, stripping a bit of the pull and power the rest of the movements and parties might have on administrative decisions,” added Lamas Rivera.

Moreover, the lawyer explained that “straight-party votes not made below the emblem of one of the parties will not count toward determining who will propose the CEE’s administrative structure.” According to CEE statistics from the past four electoral cycles, the New Progressive Party has historically received the majority of straight-party votes, even in elections where they did not win the Governor position.

Minimizes the Power of “Mixed Voting”

According to the previous Electoral Code, for mixed voting, one could make a mark below a party’s emblem and not vote for any of its candidates.

Héctor Luis Acevedo Pérez, Lawyer and Professor in Electoral Law, explained that this change to the mixed vote could create more void or blank votes.

“If a person votes for the Puerto Rican Independence Party (PIP) and votes for the PNP candidate for governor and the Popular Democratic Party (PPD) candidate for Resident Commissioner, this vote is considered blank despite the intention being clear,” explained Acevedo Pérez, previous Mayor of San Juan for the PPD.

“Vote by Candidacy” is Unchanged

Voting below any party’s emblem is not necessary. Voters can vote for individual candidates by making a valid mark within the blank rectangle beside their preferred candidate’s name.

“Write-In Candidacy” Needs to Include First and Last Name

In this column, voters have the option to cast their vote for someone who is not on the ballot. Previously, only writing the candidate’s first name was a valid way to vote through write-in or direct nomination. Now, the candidate’s full name must be written in the blank box below the direct nomination column for the appropriate position and voters must make a mark beside the blank rectangle next to the write-in candidate.

Flexibility for “Early and Absentee Voters”

According to the recently approved law, any voter who will be physically outside of the Puerto Rico archipelago or who cannot be physically present at polling stations for another reason can apply for absentee voting so long as they are registered with the General Voter Registry, have a residence in Puerto Rico, and a valid voter card.

This flexibility opens doors for hundreds of thousands of Puerto Ricans who live outside of the archipelago or who have recently moved permanently but still have active voter registration to vote.

Nevertheless, these people must choose between voting in Puerto Rico or the continental US since voting in two jurisdictions is a federal crime. Additionally, if you voted in the 2016 general elections, you are considered an active voter. Verify your voter status on the CEE’s official page.

Possible Mistrust in The Electoral Processes

“Electoral laws should not be amended during election years. Once the electoral cycle begins, no one should alter the laws, that is one of the principles of electoral law,” explained Acevedo Pérez, director of the Interamerican Center for Studies on Political Dynamics in the Interamerican University of Puerto Rico.

The moment the law was published, the Governor and Senate President shared no comment regarding the reasoning behind changing the Code during an electoral year.

According to Lamas Rivera, changing electoral processes without multiparty consensus can create a dangerous precedent.

“They have turned the Electoral Code into a political pawn and have set up the expectation that every time the government changes, rules must change too and that does not nourish a stable society,” said the lawyer. Mayte Bayolo-Alonzo and the ACLU team are focusing on educating voters through their non-partisan initiative “Tu Voto No se Deja”. “The constitutional right to vote includes ensuring votes matter,” she said, emphasizing a great concern for many voters.

Through their social media accounts, such as Facebook, Instagram, and Twiter, the ACLU is explaining how to register, how to correctly fill out your ballot, and what each candidate’s platform is. “We are taking people through a step-by-step process on what they need to do regarding all of the electoral processes because that makes them feel confident,” she shared.

This article is possible thanks to the support of the Solutions Journalism Network, a non-profit organization dedicated to rigorous and compelling reporting about responses to social problems. If you wish to republish this piece, send an email to camille@9millones.com